At the time I was single, 26 years old and living with my parents in the village of Authorpe. I did all sorts of jobs, including rabbit breeding! Two months later I met a young lady who, a year later, became my wife. Just before we got married, we decided to sell up the rabbits and concentrate on window cleaning. I got rid of the two cloths and bought a "professional window cleaning kit", consisting of a squeegee and washer.

Christmas 1988 we found out we were expecting a baby and spring 1989 we spent time canvassing local villages. I didn't take long to build up a healthy round; a young man with his wife expecting certainly won the sympathy vote!

We do not have any reviews about D.Salkeld available right now.

This business has no reviews yet. 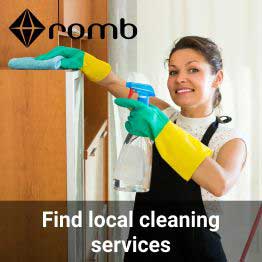