CCS Kent Ltd was founded by John Tatham in 1987 when, after years in the fire brigade, where he successfully ran his own watch, due to back problems, he had to retire from the service.

Having seen first hand how cleaning contractors often worked during his time in the brigade, He identified a need in the cleaning sector for the modern approach of a fresh new company, combined with the personal touch that can only be achieved when owners get involved at the ground level with their clients. “CCS” or “Complete Cleaning Services” as it was first called was born.

His goal was for CCS to acquire clients and then not lose them again through poor communication or workmanship, a problem which many contractors encounter. His vision for what he wanted to provide has been realised and as a result, 23 years later, CCS still has some of its original customers.

In 1997, as CCS went from strength to strength, John realised he needed to bring in some help and Simon McGrorty joined on a consultancy basis. By this point in the company’s development, CCS already had worked for well known clients such as The Co-operative food and retail divisions and KCC.

We do not have any reviews about CCS Kent available right now.

This business has no reviews yet. 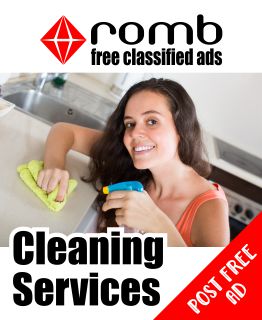